I recently had the opportunity to test out the services of Vip.Cocoleech.com to get a feel for their services, what they offered and how well it did or didn’t work as a premium multihoster service. I am not a regular user of this service so I don’t have long-term findings, so this review is based on a one-time usage of their service, but also filtered through my experiences of using multihoster services for around 5 years now.

This is a smaller multihost service, listing support for 15 filehosting sites, plus “a few more” (their words from within the member’s area). I’m not sure which filehosters the unlisted services are, but I assume Filefactory isn’t one of them as that is the only non-listed hoster that I tried in my test, and it didn’t work. A fair number of the hosters are pretty prominent where I download files, as well as some sought-after hosters are listed as supported. These include Rapidgator, Nitroflare, Uploaded.net, Turbobit, Depositfiles as well as Depfile and Datafile. Some of these others I’ve seen on download sites in passing to various degrees. 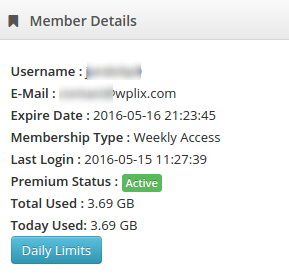 Four of the hosters have daily limits ranging from 10GB to 50GB (Turbobit, Nitroflare, Openload.co and Datafile, respectively). For my purposes, they didn’t come into play as I downloaded 3.69GB as per the service. Which, as per my last review, it’s a tad higher than my normal usage, but this was strictly for review purposes.

Vip.Cocoleech.com provides two ways to download files: a link generator from within the member’s area that offers direct downloads and also through jDownloader. As per the announcements page within the member’s area, it appears that they just opened up jDownloader support – dated as May 10th. Now, I’m unsure if that’s this year or last, but my assumption is that it’s a new feature.

Vip.Cocoleech has three membership packages: weekly, monthly and quarterly. Prices are quite low even considering that they only support a small number of filehosters. I like their pricing model in that they give you the weekly option for the short-term needs or to try the service out. Their 90-day package is roughly $5 USD more than the average 30-day package across the industry, so, again, even considering the size of the hoster list, prices are on the low end. 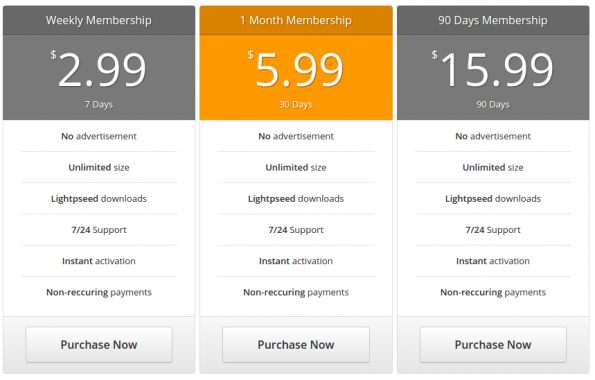 For my test, I basically found working download links to services that Vip.Cocoleech says they support and tried their two methods of downloading. Since their link generator only supports up to 5 links at a time, I picked 5 different file hosters, and for the jDownloader test, I tried to get one to two links for many of the filehosting sites they purport to support. I tried to find larger files, too, at least 100MB, so to give things a chance to work.

My test environment was my local machine – a Corei5 2.5Ghz, 16GB RAM GNU/Linux laptop, Chromium web browser, jDownloader for Linux and a 65Mbps internet connection. My download speed peaks at around 8MB/s.

Their link generator works as you’d expect if you’re familiar with premium link generators. You input the links, push a button, and get direct download links for the files you want. Two things I did not like, however: you could only enter in up to 5 links at a time. Which, I didn’t understand that limitation until after I clicked the ‘Generate’ button: creating download links for those 5 filehoster links took a full 25 seconds between pushing that button and the download links showing on the page. I was recording, so this isn’t an estimate or exaggeration. Their site wasn’t slow, so I’m unsure what the delay was from, though I did notice that some or all of the downloads were routed through different servers. 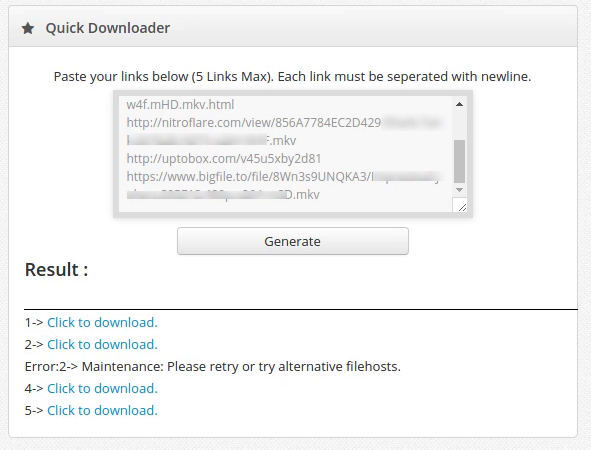 One of the links didn’t generate, and I assume it’s because they were having issues with the filehoster, and based on further testing, that seems to be the case. I tried Uploaded.net, Rapidgator, Nitroflare, Uptobox and Bigfile.to using the premium link generator, and Nitroflare was the only one that didn’t work.

The speeds using the link generator in my browser were good. In some cases, particularly with Rapigator links, they would saturate my available bandwidth. So, both Rapigator links were very fast and if Cocoleech uses a proxy server, that was fast, too.

The majority of other filehosters that worked (that I tested) also downloaded quickly – 2MB/s – 3MB/s was not uncommon. Uploaded.net download links were the exception, they didn’t seem to go much above 500KB/s that I noticed. Whether or not this has anything to do with Cocoleech, I have no clue. It would be presumptuous, at best, to automatically assume a slow download is the fault of the multihoster service being used, even if other files download fast.

In any case, aside from the limit of 5 links generated at a time and the unusually slow loading time for those generated links, I think it works pretty well. There is room for improvement, though.

My findings with jDownloader and the Vip.cocoleech plugin (or whatever they’re called – you can add an account through the ‘hosters’ pluin in jDownloader) were mostly consistent with the premium link generator. Now, I kind of screwed up using jDownloader in that I had my settings too low initially, namely: max_connections. Instead of the usual 8 I had when I used Windows, I hadn’t yet updated it, plus I limited myself to 3 downloads at a time versus my normal 5. That said, I was still able to max out my internet connection a few times, namely because of the uber-fast Rapigator (and Uptobox) downloads, but also some of the other downloads working well, too. I updated these settings mid test. 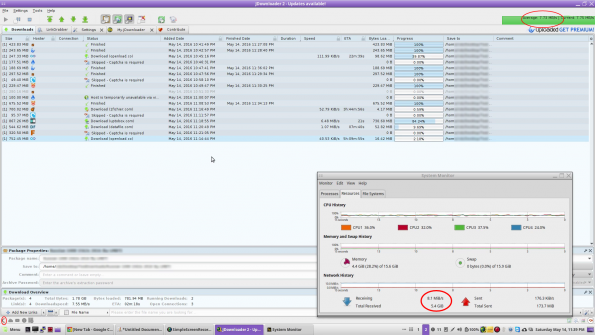 Now, I did run into some additional troubles with jDownloader, however. It may be because the plugin is new and has some bugs, maybe it’s because I’m on Linux and it’s not as well supported (which, still a bug in my opinion), maybe there’s an issue with jDownloader – I couldn’t say. Some of the hosts weren’t automatically detected as being supported by Vip.Cocoleech, and therefore I ran into some captcha errors – saying free downloads aren’t supported. This happened several times, actually, from what I remember – on Uploaded.to, Depfile, Datafile, Nitroflare, Rapidgator, Uptobox and Oboom. For most of them, I retried the downloads and they worked, but it wasn’t a seamless download experience.

During the time of my test, from the hosters I tested, it seems that Nitroflare and Oboom were not working. At least, Nitroflare didn’t work with either the link generator nor using jDownloader and Oboom wasn’t working in jDownloader. I was going to test Depositfiles, but forgot, but it may not be working given the missing checkmark on the supported hosters list from within the member’s area. I did end up testing 11 of the 15 filehosters Vip.cocoleeach says they support, and aside from slow downloads from Uploaded.to/net, 1fichier and Openload.co, the remaining others worked pretty well.

If I understand how jDownloader plugins work, I think Cocoleech needs to tweak their plugin or whatever it calls to authenticate downloads. The slow download speeds on the other hosters – not sure who is at fault there. In the times I’ve tried 1fichier links with any multihoster, I remember them being slow. I also kind of remember having intermittent speed issues on Uploaded.net, but I’d not heard of Openload.co before using it for this review. To me though, these were non-issues. The speeds, anyway — the captcha thing was annoying but probably ate up an extra minute of my time for the 15 or so files I downloaded using jDownloader. In all, it wasn’t really that much of a hassle, either given this worked substantially better than trying to download the files for free.

Given the small number of hosters they support, Vip.Cocoleech really needed to be sure that the hosters that work, work well, and they seemed to be doing a good job at that with my test. Premium accounts and multihoster services have benefits, and probably the most important of those benefits is the ability to download files faster. To that end, they have done a good job there as well.

I did run into some issues in my test, but they weren’t insurmountable nor did they take too much away from the download experience. My overall sentiment of this service is that it works pretty well. I have no problem recommending that people try out this service if they think they’ll benefit from the supported hosters there.

I do have a video of my downloading experience, but due to some technical and time-constraint issues I am not able to edit that for uploading at the moment. Once I am able to work on that, I’ll add it to this page. However, this written review covers everything that is contained in the video.