Something I noticed a long time ago is that, in some cases, when using a VPN (virtual private network) I was able to download files faster than using my direct internet connection. It didn’t happen all the time, but it did happen. Being a little more knowledgeable today, I now understand why this was and thought it might be a bit helpful to share it here as I’m sure others have experienced this phenomenon.

As you probably know, using a VPN can be great for privacy. By default, using a VPN will give you a new public IP address online, but it also hides online activities from your ISP. Another lesser-acknowledged fact is that using a VPN changes the route your traffic or communications take when doing stuff online. This includes browsing websites, sending emails and even downloading files.

Here’s an example of the re-routing that happens when using a VPN. These are screenshots of a traceroute from my local computer to Google. Which, if you’re not familiar, a traceroute will list the IP addresses of the routers between one location and another, which are commonly called ‘hops’. In the first image, I’m using my ISP’s network directly, in the second image I’m using a VPN connection through Private Internet Access: 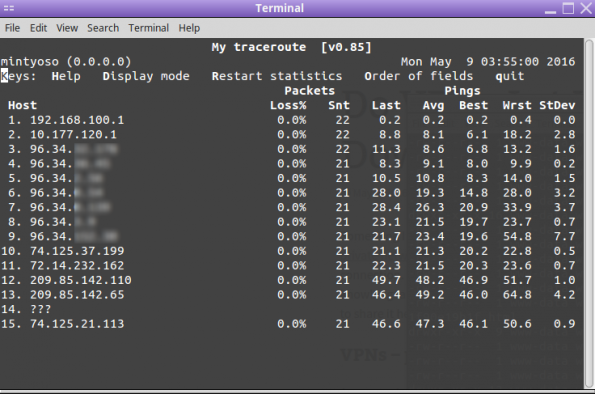 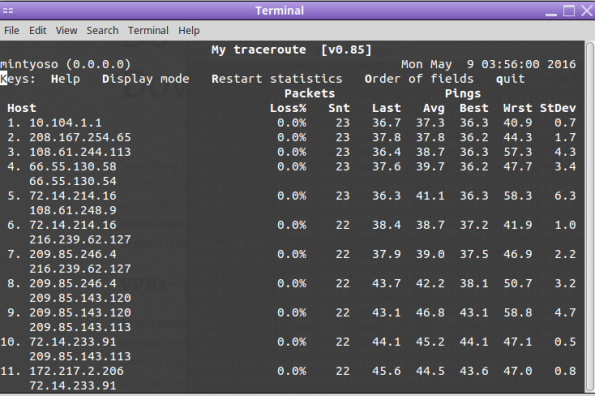 Network path taken to Google.com using a VPN on the same connection

This is important as it relates to your download speed because the path your traffic uses for communication online can greatly impact your access and download speeds. While this is something that happens behind the scenes, these transit paths are part of how things work, and it’s part of the reason why you sometimes will have slow download speeds for one site and fast download speeds for another.

Example of speed differences due to network paths

An example of the difference that your network path can make in terms of download speed, though this isn’t using a VPN, is something that happened to me not too long ago.

I needed a blank Windows install disk for a project, but since Microsoft removed downloadable ISOs, I went to a foreign source to get the file. The problem was that the 3GB-4GB file was downloading at around 150KB/s to 200KB/s from our office, which was too slow as we needed the file right away. On a hunch, I downloaded the ISO to a server I have over in Europe with fast internet access, and that took a minute or so. I then was able to download the file from my server at 10MB/s. Which, I think it was that work station capped at 10MB/s as it was consistent at that speed.

These two websites / servers were both in Europe (I’m in the US), but downloading the same file at close to the same time from one site was around 200KB/s versus the other at 10MB/s. Again, though this example is without using a VPN, the exact same rules apply – the path your communications take online can impact your speed significantly. VPNs change your network paths taken, ipso facto they can potentially allow you to download faster. The reverse is also true, however.

Things to know about using VPNs for downloads

VPNs can be great privacy tools. They also can help you get around network bottlenecks that would otherwise slow your traffic down. Here, I recommend Private Internet Access and Torguard – having used both recently and they work quite well. I used USAIP for many years off and on and was pretty happy with them, but there are countless others.

Whichever way you prefer to download files and browse the internet — openly or behind a VPN — it just goes to show that VPNs offer more than just the ability to protect your identity while you’re online.